Machines Crunch Data - Humans Give it Meaning | Teleperformance
FILTER BY:

Human evolution started with apes, who developed the ability to walk on two legs and use hands to carry things. Their brains grew larger and they began to make simple tools and progressed in life to be a modern man, i.e., “the thinking man.” This all happened almost five million years ago but the evolution did not stop there. It is a continuous process and we are still evolving. The latest entry in this evolution is human’s interaction with technology.

Almost a decade ago, many still questioned the purpose of technology. While the internet was still prevalent, e-commerce only made up for less than 4% of retail sales, mobile and cloud computing were in prototype stage, and artificial intelligence was still more science fiction (spectacularly displayed in Steven Spielberg movies) than reality. Yet, today, these are not just reality but an integrated part of our lives. Driverless cars running on roads, robots performing operations on humans, drones delivering packages, chatbot taking orders—technology evolution has come a long way. Like other revolutions, this one also comes with a fear: fear of change, fear of a large workforce losing its jobs.

It is true—a machine can perform tasks more efficiently and faster than we can, but what it lacks is the artistry in the activity, that unique human ability to cater to the needs of an individual. Anyone who had to go through the struggle of conversing with an automated phone teller or chatbots to get a plane ticket modified, or plodded through a digital pharmacy is sympathetic to the fact that humans need humans.

Humans are emotional; they need empathy. Machines are not wired for emotions nor empathy. This is why the human touch is the critical factor in creating loyalty to a brand.

In early 1970s the automatic teller machine was first introduced, and it was anticipated that it will replace humans. But even in 2019, banks still have tellers. With ATMs you can get money and perform multiple banking transactions anywhere, anytime; you can also get a bank on your phone. But if you ever happen to walk in a bank, you will still find people there because when it comes to money, we still want to interact with humans. Not just in financial institutions—in every field, technology has created an impact but has never been able to surpass humans.

The idea is to embrace technology—let it improve us, not replace us. Consider this, today the healthcare industry is witnessing the biggest digital disruption; robots and AI performing diagnoses and operations with amazing precision. But have we lost doctors or nursing staff to technology? No! They have just leveraged technology and enhanced with it.

Only as Good as Its Creator

Robotic Process Automation, artificial intelligence, machine learning, and every technology in the world has been created by humans. In the end, we are the ultimate user and the ultimate controller. Even in mythical superhero movies, robots may take over the world, but humans win! Of course, technology will eliminate jobs, since the first industrial revolution it has done so. But like the industrial revolution, the 4.0 version might displace few jobs, it eventually creates higher employment levels. A recent study from Gartner Research states that while the technology revolution will take 1.8 million jobs by 2020, it will create 2.3 million new ones.

We can’t be Luddites. It’s a reality that technology is marching forward and it would be foolish to argue otherwise. But some things remain fundamental. People matter, and no amount of advanced technology will ever be able to replace that. We must strive to seek a balance between machines and technology, the je ne sais quoi that makes humans, human.

Machines may crunch data faster, humans give it meaning. After all, we are the thinking man. 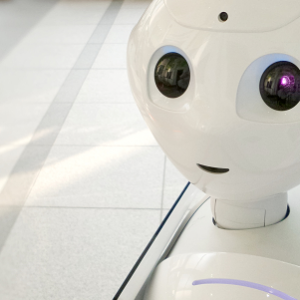 CX in the New Normal: Evolving Together with the Digital Shift

From smartphone contact tracing and virtual consultations in the healthcare industry to countless employees working from home all over the world, the COVID-19 Pandemic has led to an unparalleled shift in the way we view and utilize technology. As countries and economies slowly move towards a new sense of normalcy while continuing safety measures, we… 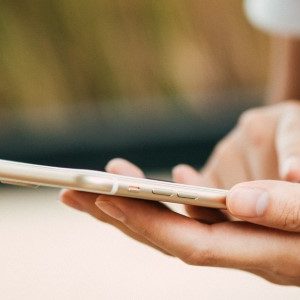 In today’s time of digital transformation, companies and businesses turn to new technologies to achieve efficiency, streamlined processes, and lowered costs. For many companies, the digital wave has allowed them to explore different avenues to be able to improve overall company performance through innovations in Robotic Process Automation and Artificial Intelligence. In India, workforce automation… 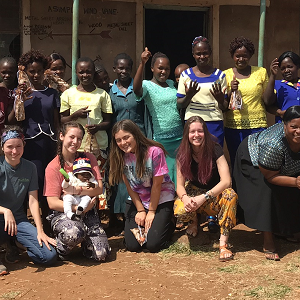 Service, Leadership, and the Human Touch

Working in an industry where service is currency, the goal has always been to achieve customer satisfaction: we help customers find solutions, we provide support, we answer their questions, we resolve their issues. Having been in this industry for over 25 years, experience has taught me that service isn’t just helping people—humans really want to…

CX in the New Normal: Evolving Together with the Digital Shift

Service, Leadership, and the Human Touch