When Yannis Tourcomanis, CEMEA President of Teleperformance, arrived on stage at the fifth Leader Insights Forum (LIF) in Barcelona, he looked out on a room that was packed full of expectant faces. Yannis explained that over 160 people were in the room representing over 100 different brands. There wasn’t a spare seat in the room and the Teleperformance team had been forced to close registrations because so many people wanted to attend.

Yannis introduced the theme of the event, “When Digital Becomes Human,” and recounted a story from when Hurricane Katrina destroyed New Orleans in 2005. A parent in Louisiana had been calling various companies and emergency services searching for her missing daughter. Eventually, a Teleperformance agent in São Paulo, Brazil, found herself talking to this distraught parent and she ignored all the normal business metrics and measurements we all usually focus on and spent several hours making calls and searching for the child.

It was the dedication of that Teleperformance team member that led directly to a happy ending for one family. This was just one example of customer service not always being about a simple transaction that an automated system could easily perform. Sometimes we need human interaction, even when the situation is not as serious as a destructive hurricane.

Our moderator Stefan Osthaus then introduced our first speaker, Thomas Reby, Senior Strategy Manager at Google in Ireland. Thomas outlined the Google view on what can be automated, but more importantly how the automation of services requires a completely different approach to data and decision-making.

Thomas described how we now need data on data. We need to capture more data, but we also need to understand how it was captured, where, when, and how. One way to think about the differences involved in human or digital service is by looking at the Customer Satisfaction (CSAT) metric that many companies use to measure satisfaction—it was Thomas’ birthday on that day and he was feeling pretty good because the entire audience sang “Happy Birthday” to him, so he said he would give anyone a great CSAT today—but if his car broke down later, then nobody would get more than a 5.

Thomas described how CSAT is flawed because it depends on the mood of the customer. Machines don’t work like this. When data is being used then there is no subjectivity. Facts and opinions cannot be mixed up by a machine.

Thomas described how L2 agents are often under-deployed in contact centers. If you really look at the work they are doing, then they are only solving problems and using their skills 20% to 40% of the time. The rest of the customer interactions they handle are just repetitive or accessing a knowledge base, things customers could probably do by themselves anyway.

So we need to think about this and really learn where automation such as Robotic Process Automation (RPA) and artificial intelligence (AI) can step in to handle problems that do not get any additional value from being managed by a person. When Thomas introduced his ideas at Google, he managed to increase customer retention by 12% and given the size of income that Google has, 12% is a very big number indeed.

Thomas also described his vision for managing a customer relationship over a lifetime, rather than focusing on and measuring each individual interaction. He said that each interaction does matter, but instead of building metrics that measure every two-minute phone call, think about your interaction with the customer being measured over 50 years. How can you connect to a customer for that long and always pick up where you left off whenever they are in touch?

Naturally the answer to that is data, but data can be lost or stolen and since the enforcement of the European GDPR regulation last year, companies can receive extremely large fines for poor data management. We were fortunate to have a global leader in data privacy and security following Thomas. Bojana Bellamy is President of the Centre for Information Policy Leadership at Hunton Andrews Kurth LLP. She described how GDPR is being enforced, and how many companies don’t seem to be aware of the opportunities—or dangers—in their data.

Bojana described a vision of the world where GDP was consistently increasing because of increased data flows. She talked about the opportunities that can be captured, and yet we are still in an environment where different regions have very different rules and there is little appetite for a global approach to data management or privacy. This gives countries such as the USA and China an advantage in many ways, because their use of data is far less regulated, but this also implies that the potential for danger is greater in these regions.

Bojana described how a robust approach to data protection is not just PR. This is essential for any company that wants to do business today. It is also not good enough to have a quick look at your own data protection in isolation; you need to think of everyone in your supply chain that may have access to your customer data, such as a contact center company.

We still don’t know if everything that is possible will be desirable, ethical, or legal. “If a health insurance company has enough information on me, such as a gene map and lifestyle data then they can accurately predict my expected lifespan.” “If I’m past the expected date of death then do you think I would be able to buy insurance?” Serious questions like these require Data Protection Officers to be in the boardroom and they don’t just need a team of lawyers, they also need philosophers and ethicists to help decide some of these sensitive questions about corporate data use.

Then Sarah Harmon, Chief Motivator at LinkedIn Iberia, joined us and described how we are now living in the Fourth Industrial Age. Jobs are changing and being destroyed, and we now live in an age of constant noise and distraction. Sarah described how 65% of the jobs that our children will be performing don’t even exist today. We will soon be changing careers five times during our working life.

Sarah’s own husband is an airline pilot and he just trained to be a drone pilot figuring that his drone skills will be in demand in future. She described how side hustles and the gig economy are reshaping what it means to have a job and career today. In fact, 26% of the European workforce is already independent and not tied to an employer with a traditional job. We are in the process of creating around 15 million new jobs in Europe that all need skills or higher education and removing about 6 million low-skilled jobs. So jobs are being created as others are lost, but to thrive in the gig environment you need skills that are in demand.

Sarah described how independent ideas and vision are now essential, whether you are working as a freelancer or you are a corporate leader. In all cases, it is now essential that if someone types your name into Google then they can immediately see what you do and what you know. Executives today can no longer leave communications to a communications manager if they want to be authentic.

Sarah ended her talk by explaining how FATE is what prevents most companies from being innovative. Fear, Assumptions, Technology, and Environment. If you are not allowing people to ask questions and create ideas, then why should they stay in your company when they do have a great idea?

The room was packed and the questions from the audience were non-stop. A live poll on Twitter during Sarah’s presentation even noted something very interesting. When asked about the main factors that help companies to innovate: 67% replied that company culture and the ability to experiment was the most important. However, 0% said that competition and new market entrants drives innovation—interesting that a more traditional fear of competition is not seen as driving innovation.

We will back again in the morning with more from the LIF. Sarah’s presentation was live-streamed and we have one more streamed presentation by Steven Van Belleghem  for you on Friday morning. Click here for more information about the livestream. If you are not with us here in Barcelona, then use the hashtag #LIFEurope on your favorite social channels to find live content from the event. 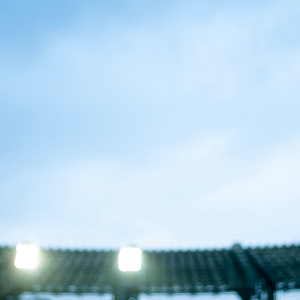 With an ever-changing audience composed of the customer with different needs and wants, elevating the customer experience has presented a lot of challenges over time. Key players have learned how to evolve and adapt with their customers and continue to use technology and digital tools to their favor, in order to incorporate it with their… 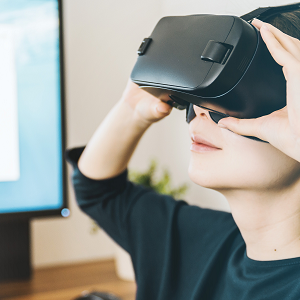 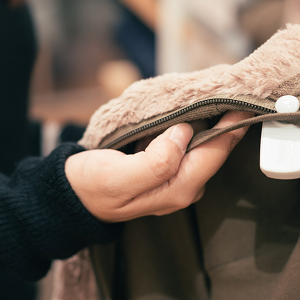