WWW is the New Wicked Wild Web? | Teleperformance
FILTER BY:

When Sir Tim Berners-Lee invented the World Wide Web in 1989, he could not have fathomed how much power it would hold. In 1991, the first website went live; today there are nearly 1.9 billion websites and a world without the Internet seems unimaginable. Over the past two decades, the number of internet users has skyrocketed. Today, over four billion active Internet users share and access information from across the world. The frequency and sophistication of Internet cyber-attacks are also increasing at an alarming rate. This is the new pest destroying the trust that is necessary for people to live in peace; addressing and protecting these threats has become a top priority for web-enabled organizations.

From Castle to Cloud

Like any other crime which multiplies with population growth, the evolution of cybercrime is identical. Very similar to a physical war yet more devious, the cyber war is more challenging because of faceless attackers trying to make an entry into organizations with the motive of destroying business value through organized attacks. Technology has transformed from castle to cloud, making it omnipresent. In the ancient era, rulers used to protect their castles by deploying armies across the boundary to safeguard their valuables. However, with technology moving to the cloud, protecting the perimeter is not enough anymore. Digital economy is driven by an interconnected world allowing data to act as soil. The same data transforms into a weapon if it falls into the wrong hands. Every time a disruptive technology is launched that makes our life easier, cyber attackers quickly go to work in an attempt to exploit these advances. As a result, organizations are finding it harder to monitor and control various mobile, cloud, and digital access points. Government agencies and corporations are spending billions of dollars on security protection tools, incident responses, data breach fines, and ransomware payments.

Cybersecurity has crossed boundaries and made its way into enterprises. Attack perimeter has now shifted from infrastructure to cloud, and from cloud to mobile human perimeter. Similar to national security that covers air, water, and land, cybersecurity requires water-like agile processes, castle-grade infrastructure, and a military-disciplined and trained workforce to spot and avoid new attacks.

Too often this crucial aspect is compromised by the negligence of one employee, who clicked on a spam e-mail and became the hacker’s key to unlock company’s assets, processes, and systems.

To deal with the cybercrime epidemic, organizations, no matter how small or big, need a three-pronged approach centered on People, Process, and Technology.

Reeling in the aftermath of data breaches at some of the most prominent global companies, enterprises are doubling down on investments in cybersecurity. At Teleperformance, we invest in training our people on the latest security best practices. We are also implementing additional security processes and procedures to reflect the new reality of constant attacks. Finally, we continue to invest in cutting-edge advanced tools like strong perimeter defense, mobile device management, two-factor authentication, antivirus software, intruder detection and protection systems, and encryption technologies.

From our computers to cars and even healthcare devices, cyber attackers seek to hack into every element of our lives. No one in this online world is safe from the dangers of dark web. These attackers are arming themselves with new tricks to break more vaults and steal more data. The key criteria for a company to enter in an outsourcing business relationship with another company will very soon be the level of a cybersecurity system. In the interconnected world, the business ecosystem is like a chain, and the strength of the chain is in the weakest link.

Each one of us needs to constantly upgrade to protect and fight against the wicked wild web. 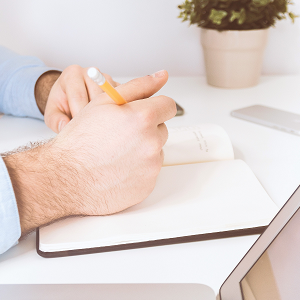 The Rise of Digital Dynamics in Financial Services

Teleperformance continues to be a step ahead in today’s digital landscape. With our strong focus on technology, innovation, and the human touch, we see digital transformation as a vital component towards driving unparalleled penetration and effectiveness for our clients’ business in various sectors. For the banking and financial services industry, the rise of digital dynamics… 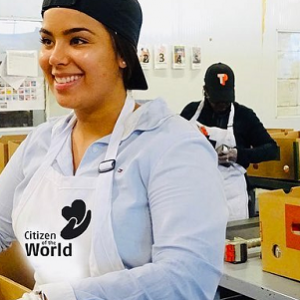 Last August, our friends in Montreal at Teleperformance in Canada created a long and positive impact to make a difference in the world. Working together with Moisson Montreal, our volunteers for Citizen of the World (COTW) were able to give aid to the less fortunate and combat hunger around the world. Moisson Montreal is a…

The Rise of Digital Dynamics in Financial Services