It's Never Too Late to Learn | Teleperformance
FILTER BY:

It’s Never Too Late to Learn

Last month, I saw a musical on the life of the legendary singer and performer Tina Turner. An accomplished artist, Tina is not only gifted with a unique and melodious voice but also with the utmost dedication and willpower. Not many of us may know her musical career was spread over two distinct phases, both hugely successful. She first achieved success singing with her husband as a member of the Ike and Tina Turner Revue, but then after a long period of domestic abuse, she separated from her husband in 1976. She tried to go solo but she was repeatedly told by music recording companies that “while they appreciated her singing prowess, a black lady in her forties would not sell records.” So, there was a lady who was literally broke and with kids and family to support, who was repeatedly shown the door. It could have been more practical for her to take the easy way out by taking a long-term singing assignment at one of the Las Vegas hotels. But her zest and passion for her music and life made her work relentlessly. She did not give in, restyled her singing and performance to cater to the more current rock and roll scene and went on to be known as the “Queen of Rock and Roll” with some of the highest selling records and ticketed shows of all time.

As I reflected on her life, I could not help drawing parallel to what many industries, including ours, are going through these disruptive times. Yes, any disruption is awkward and change creates some short-term stress even if the change is for the good in the long run. But the most successful organizations or people are those that are agile enough to adapt and evolve to the changing times and not just try to live on the past glory.

Within our D.I.B.S. organization too, I have seen many great examples of our people preparing themselves for the change by upskilling themselves, undergoing extensive training sessions on digital technologies, robotics platforms, and languages. Through this program, workforce from across departments have upskilled themselves and are now much better aligned to deliver to the more transformative value proposition that clients seek from business partners like us.

This upskilling program has also witnessed a significant increase in productivity and employee engagement, as each one is now more confident in client engagements.

Teleperformance as an organization has also grown successfully over the decades by continuously evolving its service offerings and target industries—from the telcos in the nineties and early 2000s to the technology product companies to the e-commerce and internet companies in the recent years. And going forward, we are committed to investing both in further augmenting our service offerings and in up-skilling our people.

But, as I always say, the organization can only create the environment, impetus and support system; making one-self future ready and relevant is an individual’s responsibility. Just like what Tina Turner did and our team is doing! 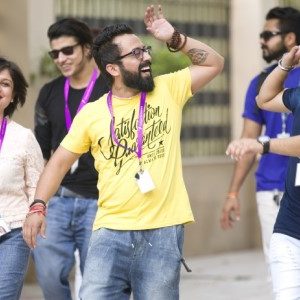 In the last four decades, the world has changed drastically. The economy is rising at a staggering pace, and with the advent of digitization, what seemed impossible earlier is now not only possible but accessible to billions. This whirlwind is experienced by the world, but most evident in one nation: India.  I have been visiting India for… 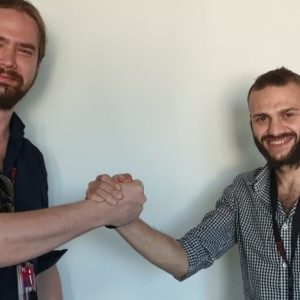