Fighting for Equality, Fighting Against Discrimination | Teleperformance
FILTER BY:

Fighting for Equality, Fighting Against Discrimination

In the workplace, diversity and inclusivity are two topics that require addressing, education, sensitivity, awareness, support, and guidance. Teleperformance in the Philippines, who has signed the United Nations LBGTI (lesbian, gay, bisexual, transgender, and intersex) Standards for Business this year, continues to be committed to fighting gender discrimination while pushing for equality and safe spaces for its LGBTQI+ community.

By fully supporting the United Nations’ LGBTI standards of conduct for business, Teleperformance in the Philippines aligns its programs, values, and beliefs with the UN’s LBGTI standards, namely: respecting human rights, eliminating discrimination, providing support, preventing other human rights violations, and acting in the private sphere.

“Diversity and inclusion are issues that are important to our company and our people,” stated Jeffrey Johnson, Senior Vice President of Teleperformance in the Philippines’ Human Capital Resource Management (HCRM) group. “In expressing our support to the Standards, we hope to actively contribute in creating a world that is just and respectful of people with diverse sexual orientation and gender identity.”

Currently, Teleperformance in the Philippines has an active Ethics Community that ensures that the Standards’ policies are being met. Teleperformance’s company policies such as anti-sexual harassment, whistleblower, and HIV in the workplace are strengthened to protect its people. Gender-inclusive benefits were also introduced, which included inclusive restroom access and an inclusive HMO coverage. Its Diversity and Inclusion Committee promotes activities and events to invite and encourage the discussion of topics that are relevant and important to the community, as well as spreading awareness about homophobia’s impact both in and out of the workplace.

Teleperformance believes in a world where respect towards people with diverse sexual orientation and gender identities prevail. We continuously aim to support, protect, and be proud of our lesbian, gay, bi, trans, and intersex communities by promoting safe and fair spaces.

Read the United Nations’ LGBTI Standards of Conduct in full to learn more.

Today is December 10, a day that marks a historic event: the day when the United Nations General Assembly adopted the Universal Declaration of Human Rights. The declaration was a milestone, as it proclaimed the inalienable rights which everyone is entitled to as a human being regardless of race, color, religion, sex, language, political or… 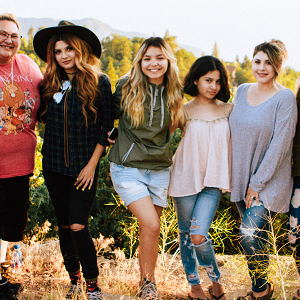 At Teleperformance, diversity and equality glue us all together. It is a great honor to be working in a company that celebrates each and everyone’s differences; where a culture of innovation, equality, inclusion, and diversity continues to fortify our organization and empower our people. Diversity is our source of strength and progress, all tied together…

Impacting the World Through the UN’s Global Compact

For over 41 years, Teleperformance has connected brands with their customers, and this has allowed us to become the most trusted provider of customer experience management. We receive this priceless trust with endless gratitude, and as a global leader in our industry, we recognize our responsibility to set ethical standards in our processes and become…

Impacting the World Through the UN’s Global Compact